Glorious SHOT week. Every year the depth and breadth of new product announcements gets a little bit bigger. Drinking from the firehose of flagship product debuts can be nearly as overwhelming as walking the endless SHOT show floor. There are so many shiny things to catch your attention it’s easy to miss a few along the way. So here you go- the kR-15 list of notabke new products for SHOT 2014

This optic looks awesome- switch from daylight to infrared on the same scope. HD video out, smartphone remote viewing app and more- for less than $700 retail. They are offering 3-9 and 5-12 power models to start but these will be hot items.

Stainless steel to repel corrosion, spring-loaded forearm that claims to speed cycling (I’d like to try head to head with a Remington 870 or Mossy 500 to validate this one-but it sounds good), picatinny rail and more for $360 retail .

Tactical Solutions makes some awesome kit. Their aluminum barrels and receivers are accurate, attractive and well designed. It’s about time they tossed their proverbial hat into the BLK caliber. At $1100 retail it’s pricy just like all their stuff but if it is intriguing- the upper is ready to rock, includes a BCG and features a free-float handguard, barrel shroud that covers either your own suppressor or the tacticool fake suppressor that comes with it. They hint that the fake suppressor is required to attain a 16″ barrel length– not a big deal but be advised. 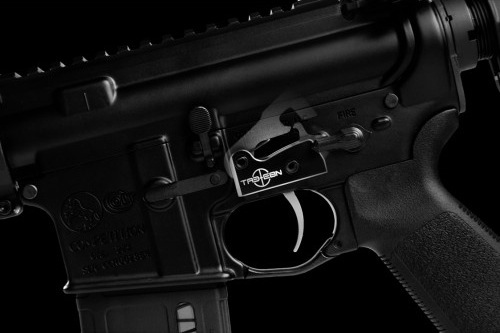 I remain on the fence for this one but it’s getting lots of smiley reviews from initial testers. It is basically the bump-fire concept encapsulated into a drop-in fire control group that includes a giggle switch for the rapid fire mode. The thing I like most about this is the 3rd selector position. From initial reviews it seems that the rapid fire mode shrinks the trigger reset to about 1/16″ and has a 2.5lb pull. At the end of the day bump fire isn’t accurate so is it useful? Maybe not but full auto isn’t accurate either and people seem to enjoy it- try to find a video of someone using the giggle switch where they aren’t smiling if you don’t believe me.

2 thoughts on “What were the worthwhile SHOT week debuts?”