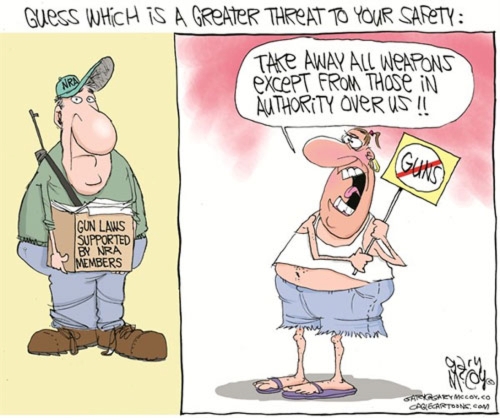 Read ’em and weep compadres. It looks like we have a grand total of 4 Gun Control Bills that passed out of the Judiciary Committee. We have to make noise once again to make sure our elected officials hear our voices. Sign up now for my Call to Action list and I will send you a one-click method of contacting your Senators to ask them to demand that they oppose these bills.

I will even offer Facts, not Feelings to explain why none of these bills should be supported if you want to use them when making your voice heard in DC (S.146 MIGHT be ok but it’s not safe to judge legislation by the names of Bills).

Just because the news isn’t talking about this doesn’t mean that the Antis have given up- they are planning to advance their agenda of civilian disarmament.

Here is the list to get things started. I will do my research…watch this space for updates.

UPDATE: Senate Majority Leader Harry Reid reports that the infamous S.150 will not be introduced as part of the main package. This isn’t a total victory however: DC rumor has it that a Hi-Cap Magazine Ban is a better candidate to get the required votes.