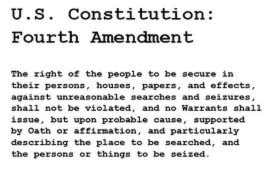 Ah the things that the Antis have been saying for the past few months about concerns over our Civil Liberties being trampled as the National , uh, ‘conversation’ has perpetuated over firearms. Just for a moment I will set aside the Facts about the problems plaguing America that have been exposed- namely that we have a mental health problem and a perplexing problem of letting convicted criminals out of prison despite a wake of rape and murder as evidence that violent criminals tend to become repeat offenders. Yes – instead let’s focus on the solution our elected officials and senseless mainstream media is obsessed with: get rid of guns.

Wait though – we keep hearing about “common sense” legislation (Facts About Common Sense PAC groups). Proposals like a Universal  Gun Registry that will only add hardship to the bad guys- not law-abiding citizens. No one is coming to take your guns. Go back to sleep and quit looking at what we are doing over here in the legislature. I am saddened and outraged to be writing about the latest out of California:

Bloomberg offers a strikingly slanted story applauding California law enforcement for confiscating private property, in this case firearms, without a warrant from law-abiding citizens who have not committed any crime:

“Wearing bulletproof vests and carrying 40-caliber Glock pistols, nine California Justice Department agents assembled outside a ranch-style house in a suburb east of Los Angeles. They were looking for a gun owner who’d recently spent two days in a mental hospital.” To confiscate not only one firearm registered to her but also two firearms registered to her husband who was neither in a mental hospital nor a criminal nor otherwise disqualified from legally owning firearms (further coverage here).

Phillips explained that she and her husband were seated at their dining room table and questioned about the firearms. Phillips showed authorities where the weapons were located — a handgun in the top dresser drawer and two rifles in a safe in the garage. After Phillips unlocked the case in the garage, she said officers pulled her away from the guns and back into the house.

How did California get a gun registry to enable them to track down and seize these citizens’ property so easily? Ah yes- a Law that required all firearms to be registered. What a coincidence that the Universal Background Check bill headed for a vote in April proposes to collect the same information as that helpful and convenient California Registry tracks. How did this all happen?

To reiterate: no one is coming for your guns. Ask David Phillips who is unable to defend his family and home tonight if the need arises thanks to the California State Department of Justice.

By the way the confiscation effort just got a $24 Million budget increase to help them expand this program. If you live in California I strongly suggest moving.
If you stay it’s worth noting that you have the right to refuse entry to the police in the event they come knocking at your door. They will persist and likely resort to harsh (read:coercion) talk but you can politely decline (or just not answer the door) and they will leave. Ask them to come back with a warrant.
It’s up to us to stop efforts to enact laws like this at the Federal level. And the state level. Don’t stand silent- make your voice heard and let your elected officials know that you don’t approve of ANY expansion of background checks because there are no assurances that the information won’t be used as a registry. They wont even offer a convincing “No” when asked if the drones taking flight over America could be used to kill its citizens on American soil without even being found guilty of a crime (what happened to Due Process). We are talking about the same government that would do this.
Please call your Senator. Email them by clicking the Stop Gun Control link on this page. Watch this space for updates on Gun Control bills as they exit Committee.